We apologize in advance for the difficulties that will occur in the coming days. Due to business trip, all orders placed after today will be shipped after May 15th. In this period, the online store will function nomalie, however, will not be obsolete shipping orders.

As some have noticed, we have now released all the sets announced for the last few months. This does not mean, however, that we are not working on another.

Here are the next announcements:

A few days ago on our facebook profile we announced the decals to F-16C block 52 ZEUS DEMO TEAM 2014.

Finally, we decided to release the set in three scales. 1/72 for the Revell model with resin CFT and parachute container, 1/48 for the Tamiya model with the same resins and 1/32 as the decals for the necessary elements and masks to paint the rest. This set is already very advanced in the development, we have already reached the high resins from Atack Squadron. We hope to release it by the end of May. 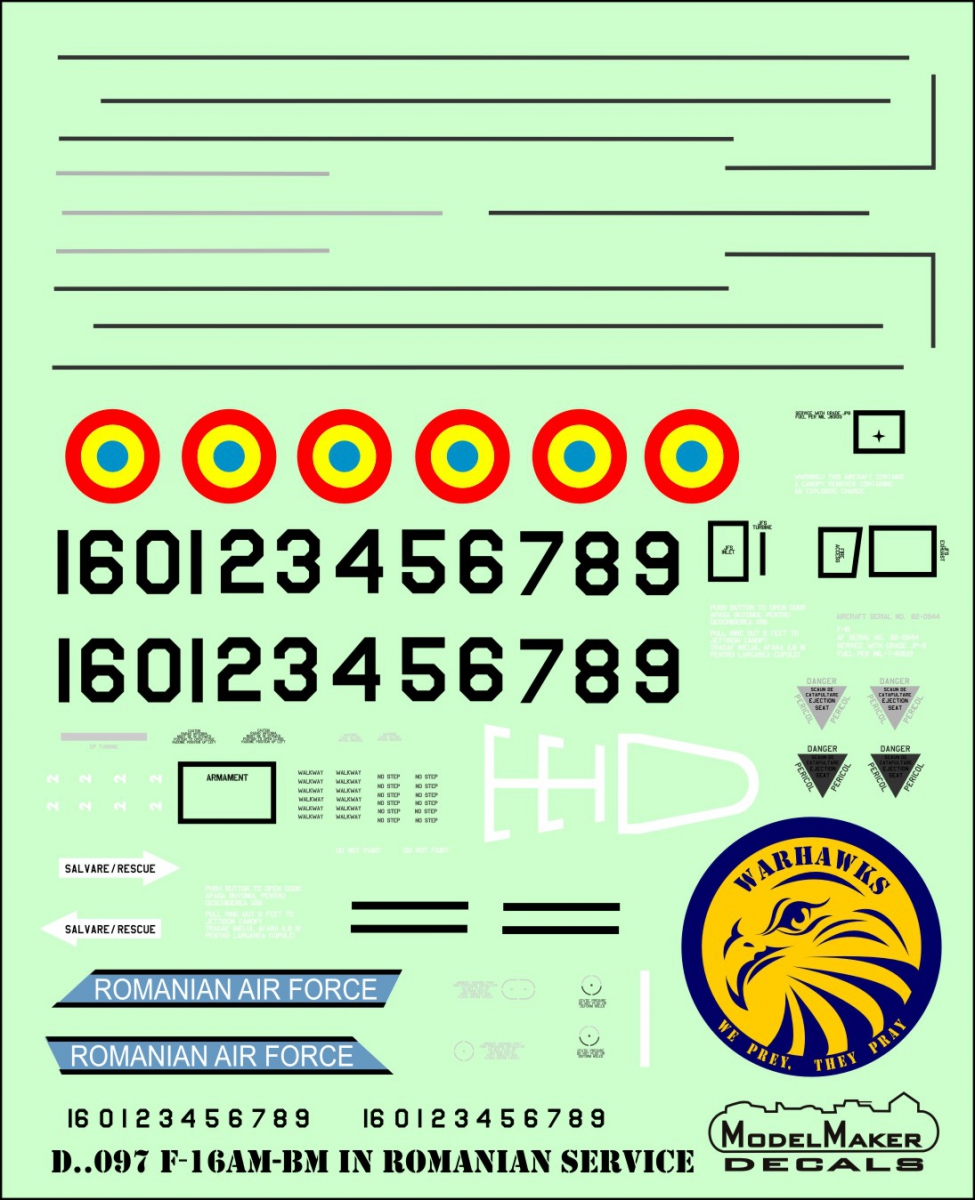 We are slowly finishing decal for another German Eurofighter Typhoon also on the 1/72, 148 and 1/32 scales 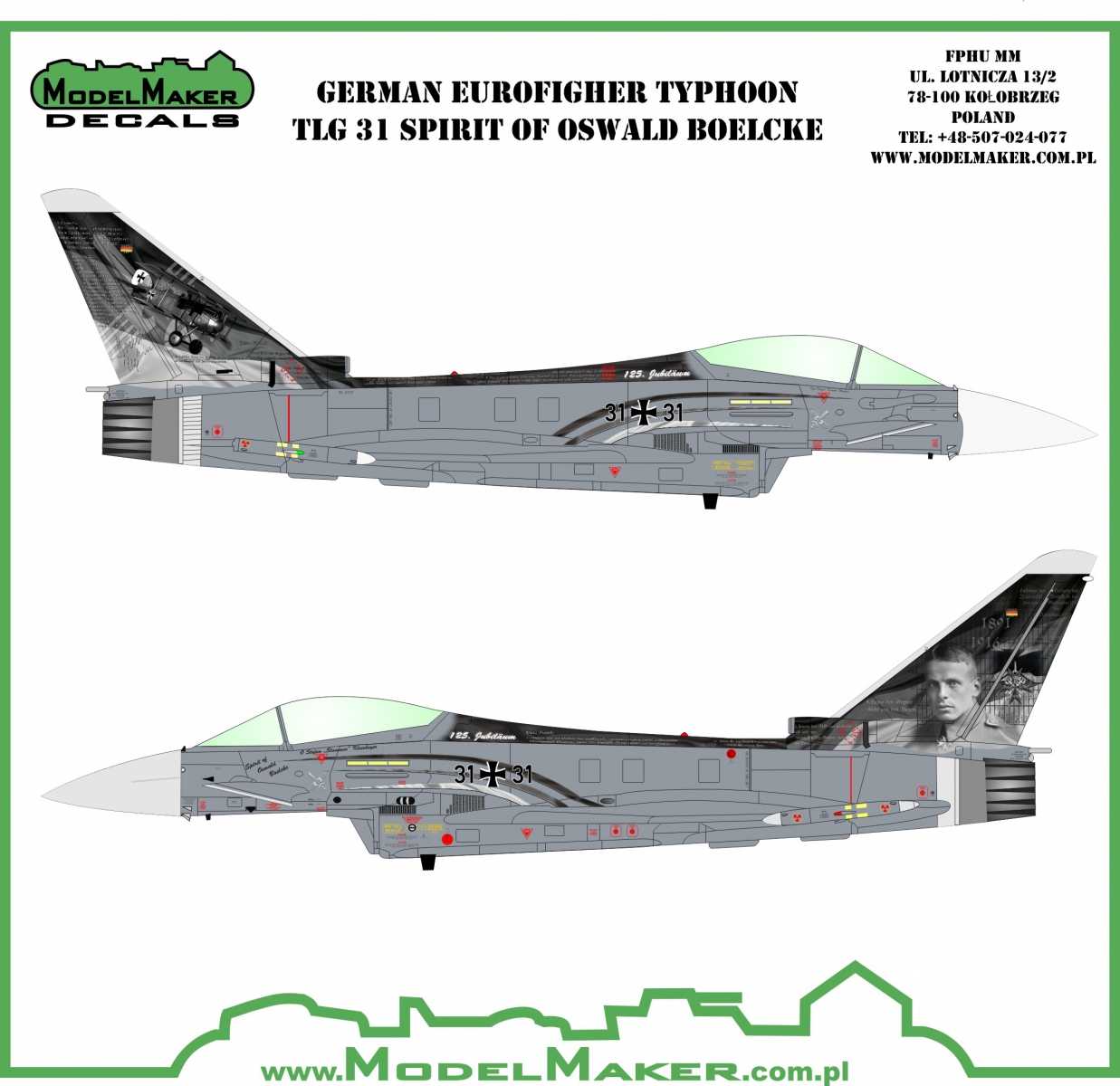 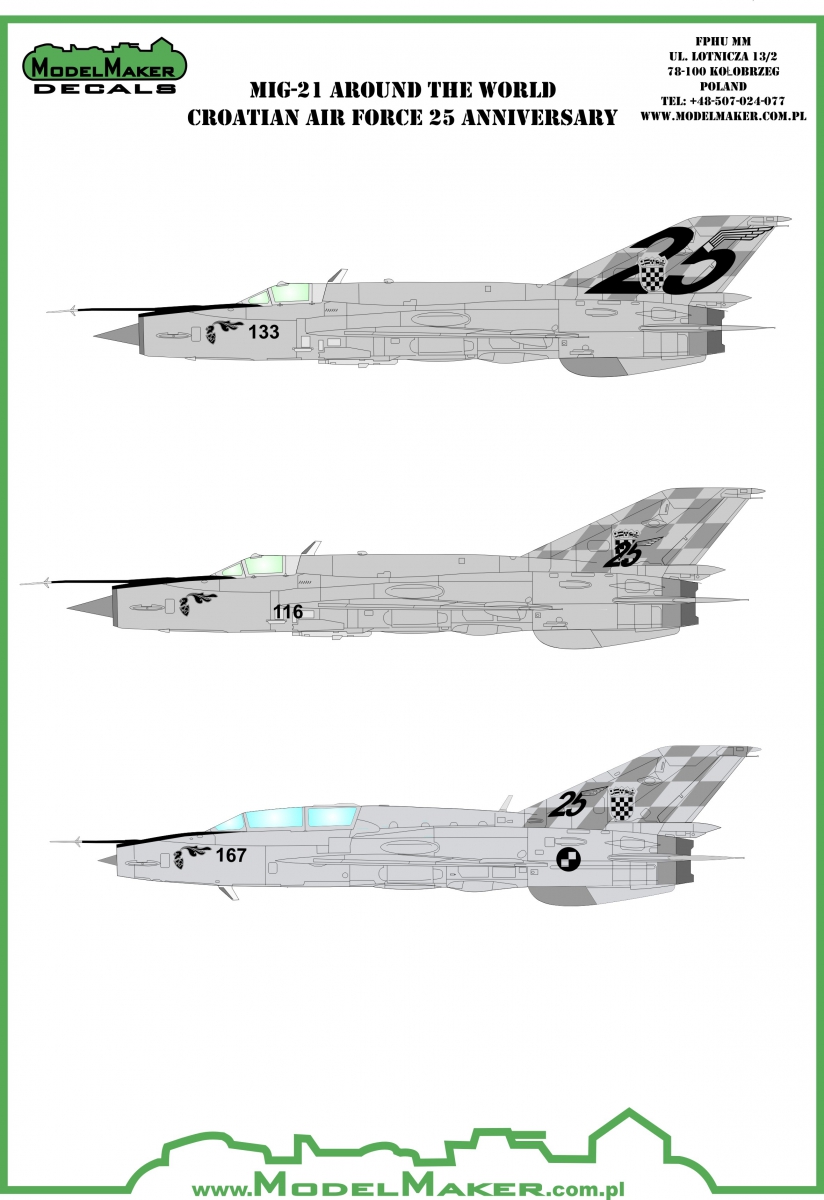 This is not the end, we are preparing a surprise for the  Polish aviation enthusiast, so far we will tell you that will be the helicopter, details soon.

The second surprise, will be the set, which we want to premiere on our Colberg Model Show "Orężada 2017. To celebrate the 5th anniversary of ModelMaker and the 100th set, we want to prepare something really special ... what ...? For now it's a mystery ;)