Already this week, should appear on sale announced last year, decals, it will be a really large number of new products, which make up some of our backlog.

Meanwhile, a handful of the next announcement:

Set number D..072 Polish F-16C / D Anniversary markings 2006-2011 is a collection of vinyls from the period 2006-2011. Starting with the first aircraft delivered to US marks, by planes covered with the occasion of the seventieth anniversary of the Battle of Britain, at the Tiger Meet 2011 ending. 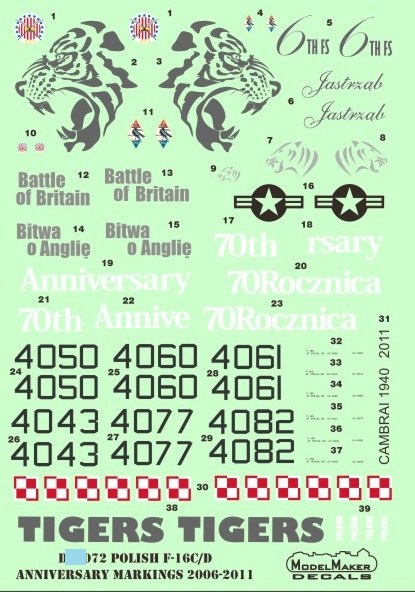 The second set is D..073 Polish F-16C / D Stencils. A full set of stencils for two aircrafts, one and two-seater, to the two sets of markings on the planes from 32 Air Base in Lask with the markings on the covers and sashes "REMOVE BEFORE FLIGHT"

Drawings for instructions and decal design is by the well-known Polish modeler Andrew M.Olejniczaka, author of vinyls for occasion of the seventieth anniversary of the Battle of Britain 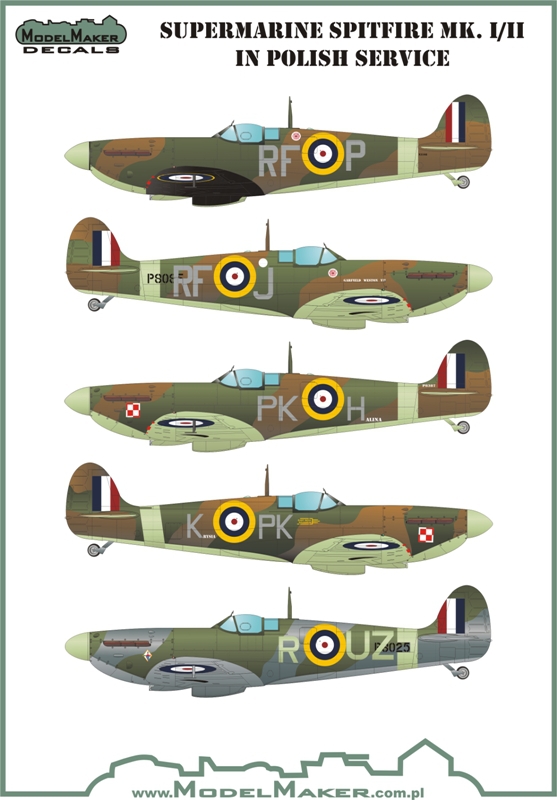 And now the last announcement for today, at the instigation and with the close support of Bartek Belcarz, D..075 Caudron-Renault CR-714 Cyclone in Polish service traditionally 1/72 and 1/48 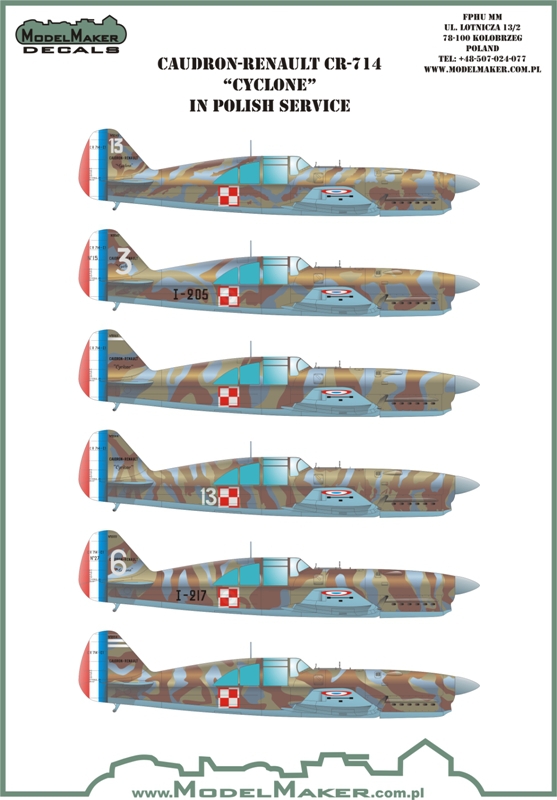 At the end a few words about the scale 1/32. We are often asked about our sets in this scale, or rather their absence. Unfortunately, this is the scale is still not very popular in both Poland and in the world, and previous attempts at issue in this scale sets sometimes ended in disaster despite the fact that the same set of other scales were even best-sellers. We promise, however, that we will try some of those already issued sets to give as masks with attached decal containing small parts, so it will be with the latest F-16 Demo Tiger Poland whose release is planned for March.